Halloween is not nearly as big of a deal here in Australia and these 90 degree temperatures definitely don’t make it feel like the October we are used to. So, being the homesick Americans that we are we wanted do something to remind us of the season (even though it ISN’T the same season here) and sweating in boots and scarves was out of the question.

My good friend Emily Anne has been carving pumpkins her whole life and really wanted to carry on the tradition down under by throwing a party at her house.  I, on the other hand, do not recall much pumpkin carving from my childhood (probably because I have poor finger dexterity and the attention span of a fly) but I agreed a pumpkin carving party/competition sounded like fun.

Plus it gave us a project to work on. I followed Emily Anne around as she shopped for decorations (sidenote: I am so bored I have also followed her to government offices and post offices too), helped her pick out a color scheme and made labels on my trusty cricut. 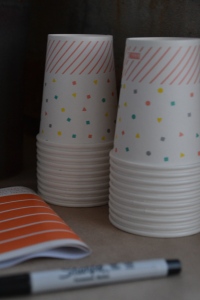 Their apartment is the perfect place to host a party.  The huge balcony overlooks the Brisbane River so we were able to enjoy our dinner and carving al fresco. Emily Anne went all out with lots of different appetizers, plenty of pumpkin flavored treats (pumpkin mac n’ cheese was my personal favorite) and a bar stocked with fruit infused flavored teas and wine. 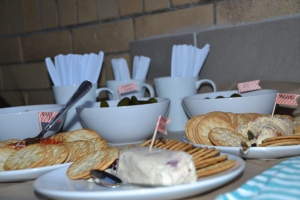 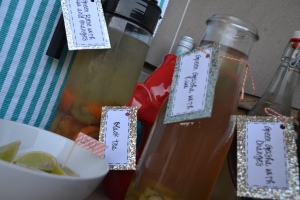 I showed up a couple hours early to help set up but spent most of my time eating half a jar of dill pickles.

One of my contributions- a little pendant banner for the photo booth.

We had so much fun carving $15 pumpkins, stuffing our faces and playing with props in the photo booth (#jackdownunder hence the post title).

my asymmetric kitty cat pumpkin that did not win an award 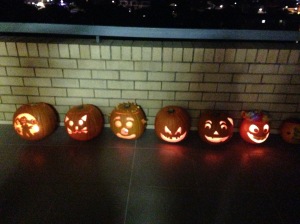 part of the finished line up

Our friend Monique works as a dental hygienist at an orthodontist office and brought some of her dental tools to help carve her pumpkin. Her final result was by far my favorite of the night… 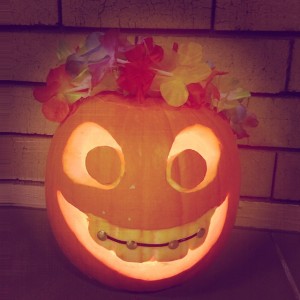 Thanks to Emily Anne for the higher quality pictures, you know my iphone didn’t take those.

2 thoughts on “Jack Down Under”