Since the first trimester (plus a few weeks) I was keeping the pregnancy a secret, I figured I would just do a recap of it now before I get into real time updates. 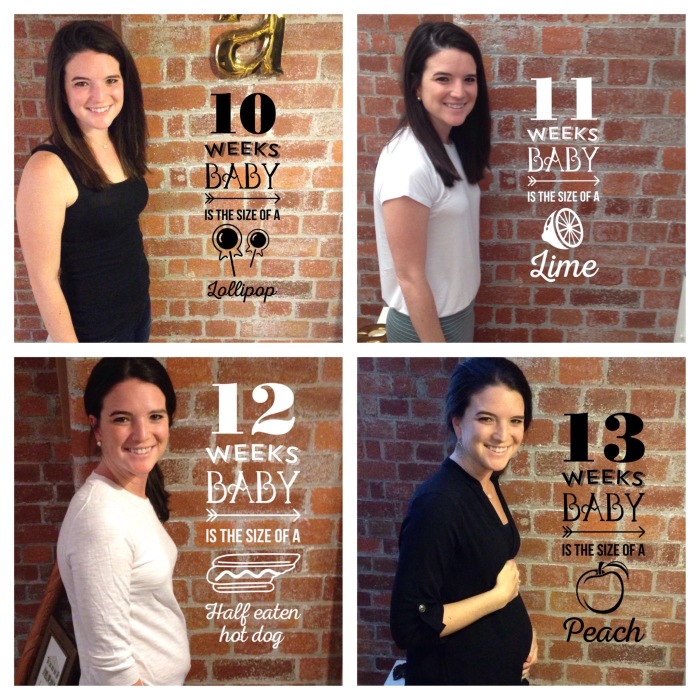 You can catch up on our announcement and how we found out here.

I will start by saying I realize I am very lucky because I really didn’t have a tough first trimester and I feel like so many women have it much harder. I think this just means I am going to have to pay my dues the next time around.

Before I found out I was pregnant there were a few things I noticed that were out of the ordinary. One was I started getting quite a few pimples on my face. Normally I might get one or two every few months but this was more than normal. Another was my lack of enthusiasm for food. If you know me at all you know I have a very healthy appetite and I tend to plan my day around what I’m going to eat next.

I never felt like I needed to run into the bathroom and puke, but the thought of eating was more of a chore than anything. As the first trimester went on I started feeling sick to my stomach if I didn’t eat immediately when I woke up or when I started to feel hungry at all. I pretty much lived on toast and goldfish crackers.

Dandruff- did you know this was a thing? I sure didn’t but it was so fun to find out… It made a return in the second trimester too.

Mexican food, the thought of it just sounded blah (and as the weeks went on, even sounded terrible). Which was terrible when you live in Australia and only get good text mex once a year. Mostly anything with a really strong flavor was not appealing.

I also could not get enough water. I still would have an occasional unsweetened tea, I was in Texas after all, but water was my main drug of choice. I carried my camelback with me everywhere I went.

Fresh fruit, especially once I got back to Oz and it was so hot outside.

Other than occasional walks, I didn’t work out while I was in Houston and I usually do. I did try and attempt a barre class with my mom during week 8 and I started feeling really sick and had to sit down. It was so embarrassing and I told the teacher I was pregnant so she wouldn’t think I was just a wimp.

After that I was really nervous to do much but walk. Once I got home to Brisbane I eased back into regular workouts and learned quickly to eat before and immediately after. The couple times I waited around to eat after I felt sick for hours after.

For now I think I’ve decided to stick to monthly “bumpdates” on the blog along with other random updates I’m sure. Since I’m already almost to month 5 I will be back next week to fill you in on the 4th month and the emergence of “the bump”. Just in case you are curious, this is the chart I’m using to compare weeks to months… 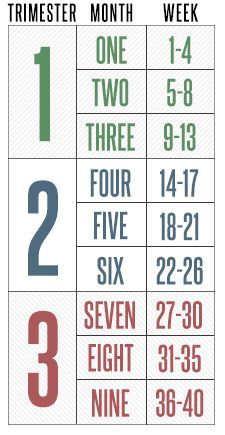 15 thoughts on “Baby A: The First Trimester Recap”