Hi friends! I haven’t been doing monthly updates since Leighton turned one, so I figured she was due a post of her own since she’s now a year and a half (how on earth?!).

We had her 18 month appointment yesterday, which she was not a fan of. She’s 24.9lbs/11.3kg (84% for weight) and 81cm/31in (54% for height). She cried more when the dr tried to weigh her than when she got her two shots. Once she got her first lollipop she was all smiles for the nurse. 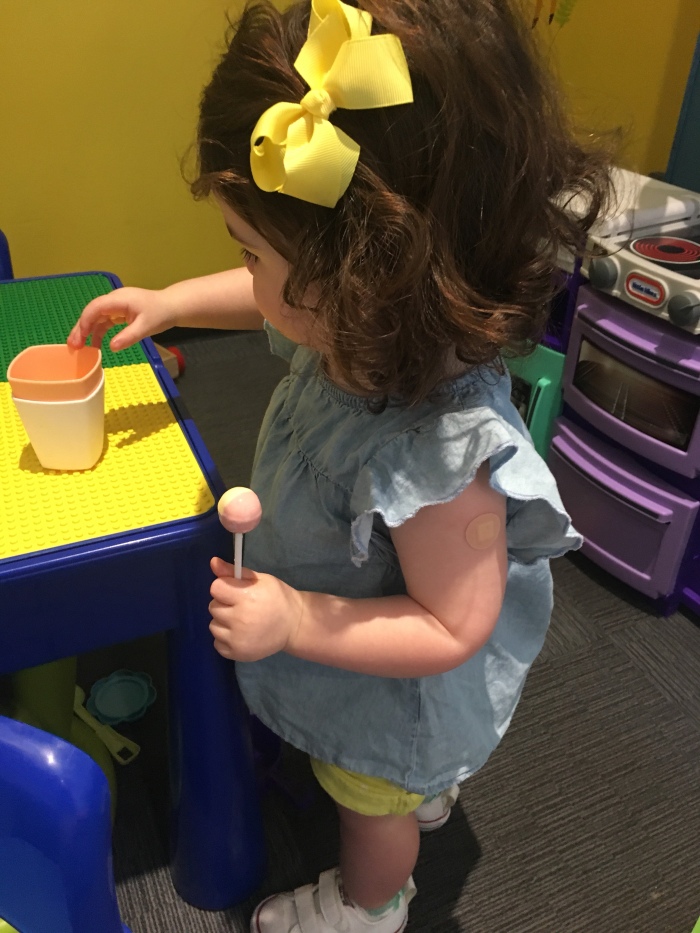 She is still our little eater and her favorite right now is rice, so she also loves sushi.

She eats a pretty well balanced diet and isn’t a big fan of milk, so just drinks water. We started eating dinner as a family now that she goes to bed later (7:30-8) and she typically devours whatever we are all eating. Dinners are not as relaxing but I find she eats much better when she’s sitting with us instead of on her own in the high chair while I fix our dinner.

I found these two like this a good 45 minutes after Trav went to put her down. I think he fell asleep first because the next day we were sitting in that corner and she kept saying “Daddy shhh” and pretending to sleep- busted!

Leighton is still our chatterbox and tries to repeat almost anything, and recently saying more names of family and friends. She loves her little friends and talks about Stone and June to anyone that will listen. She loved all the family she spent time with in Texas. She asks about Nana, Pops, Sassy and Yum (Cam, my brother) as well as Scout and Ginger (two dogs). We squeeze in lots of FaceTime dates which always put her in a good mood.

When we were home for the holidays, her motion sickness in the car was really bad. Someone told my mom about a trick that worked her their daughter to put a paper bag under her shirt. Since we started doing that she hasn’t been sick. It seems to come in spurts though, so I’m not sure if it’s just coincidence.

She also loves playing in her kitchen and taking care of her baby dolls. I love watching the little scenes she creates. 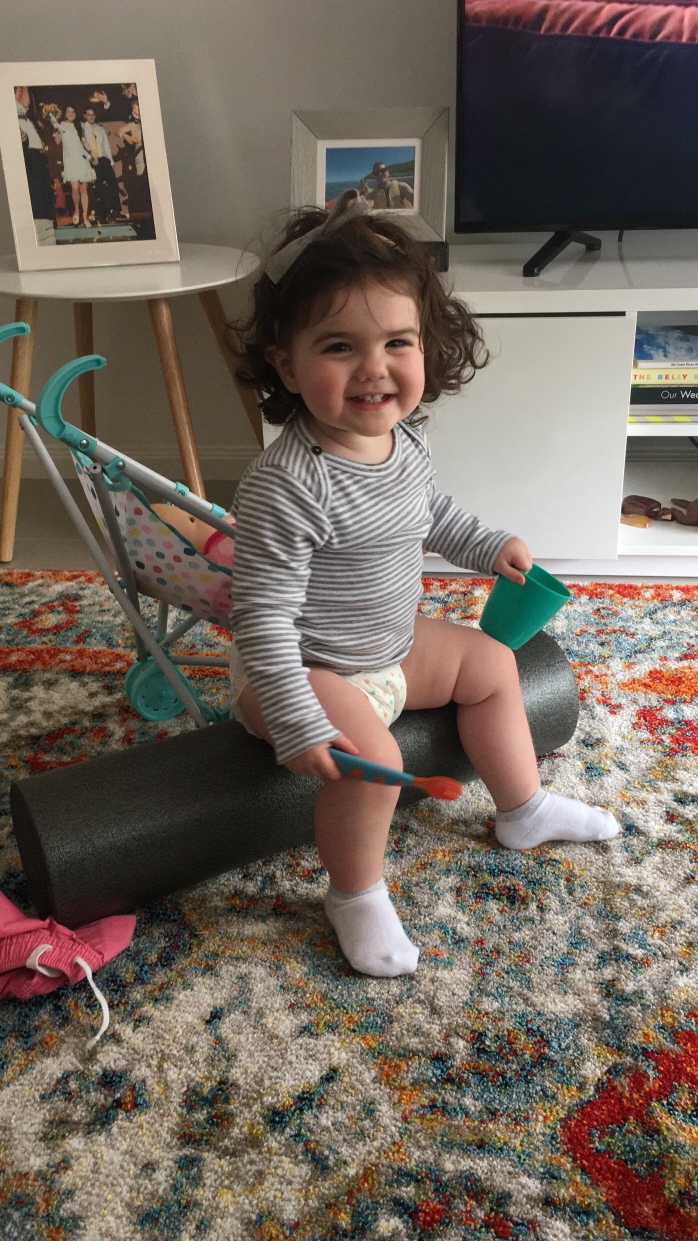 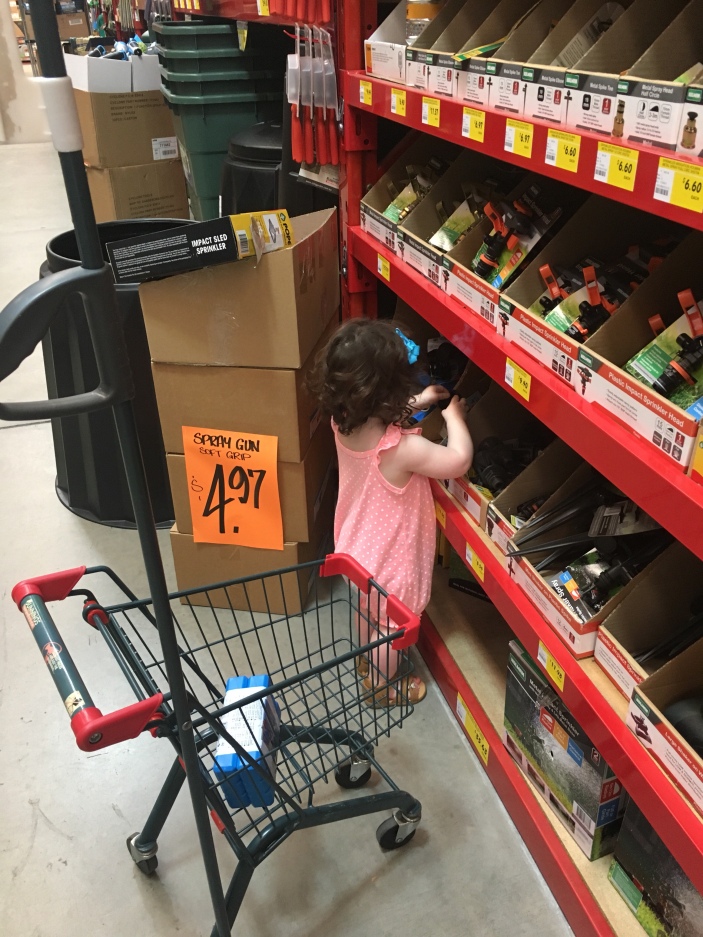 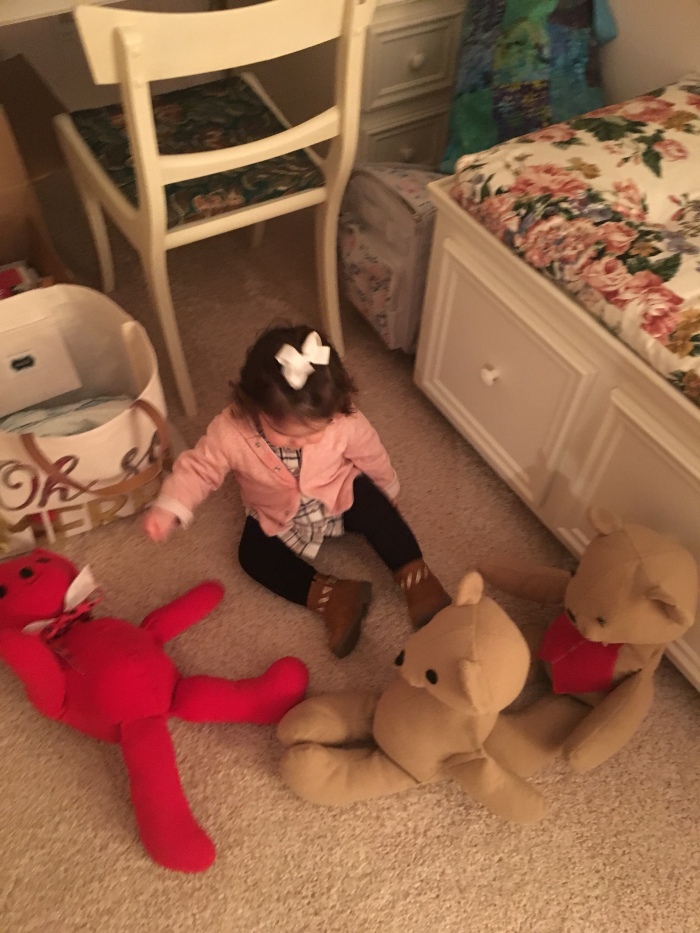 This past month Leighton made the transition from two naps to one, around 12:30/1. I’m missing her morning nap but since she’s sleeping a bit longer in the morning I’m taking advantage of that time.

Since we’re on the one nap schedule we keep pretty busy in the mornings. We are either at a park, the gym, pool or having a play date (usually at one of those places). Leighton is a social butterfly and loves saying “hi” to everyone we see.

As much fun as this age is, it’s also quite challenging. I feel like the terrible two’s are starting and she’s not afraid to test the limits or tell us “no”. It makes me nervous about how I’m going to balance two kids in just a few months. Especially since she’s starting to get jealous and possessive of me (and her possessions). I know it will be an adjustment but hopefully having family around to give her extra attention will help.

On a lighter note, here are some of my favorite moments from the past few months… 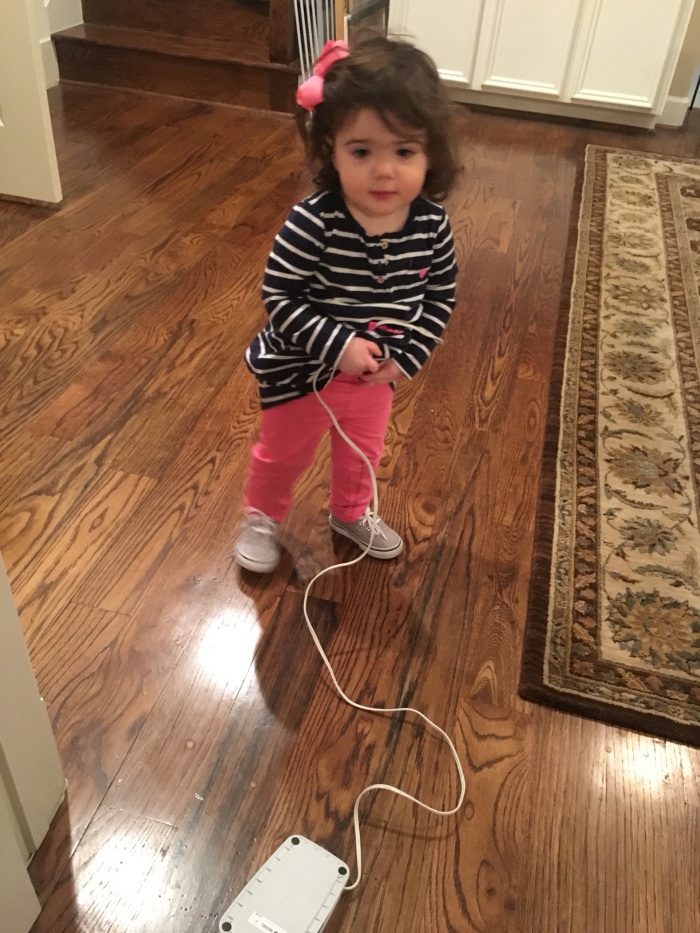 That’s it for this recap. I can’t believe we are already closer to 2 than 1. Wasn’t it just yesterday I was holding my teeny little baby?!