Since becoming a family of four, we haven’t been heading out on too many adventures on the weekends. Newborns are a bit unpredictable, so we have been taking it easy staying close to home. Hopefully once we are in the swing of things, Houston will be ready to do some exploring further. I haven’t been keeping up with posting lately, so I figured it was time for a little update on what we have been up to on the weekends.

When I last left off, my brother and sister in law were visiting. The following weekend was one of our favorite festivals, the Teneriffe Festival. Teneriffe is the neighborhood directly across the river, where we lived our first few years (in fact in the first picture that is our old building they are walking by). We loved that neighborhood so much, I actually did a whole post on it a few years ago (here).

The festival gets bigger every year, and although we missed the pig races this year, we hung out with friends and enjoyed some live music. Houston was wide eyed watching everyone and Leighton was loving life because I taught her how great pockets are.

The following Saturday we went to the Sunnybank $2 Food Trail. Sunnybank is a suburb thirty minutes away that is considered the real Chinatown of Brisbane. It has multiple large shopping centers with rows of restaurants from every country in Asia. It’s one of our favorite spots to head when we want to try somewhere new. The food trail took place in two of the centers and participating vendors had stands set up selling small portions of their popular dishes for $2 (which is just a coin here). We got there early evening and the lines were pretty crazy, especially at the hot cake place we have been wanting to try.

Knowing toddlers and long lines don’t mix well, we decided to just find a place to sit down to dinner first. We had never been to a simmer pot restaurant before. The Chinese restaurant is unique in that you choose your mains and then they cook it right on your table.

We had a beef dish and while it was a fun concept, it wasn’t anything too special. I was worried when we sat down because they had a box of Kleenex on every table. Sure enough, our mild dish had some heat, luckily Leighton handles spice better than I do. Houston was wide eyed the whole meal and insisted on being held where he could see the other patrons, which was quite the arm workout after a while.

After dinner, it was still early so we wandered around and tried a few more things, including a very yummy Japanese pancake and a delicious Vietnamese coffee. We loved the sweet coffee when we visited Vietnam a few years ago, so it’s always fun to have one when we visit Sunnybank.

The third weekend in July we decided to mix up our Saturday routine and get out of town. We decided to head to Mount Tamborine and go for a wander in the hinterland. We had no real plans but just headed that direction not long after breakfast. I think I have mentioned it before, but Leighton gets car sick. It tends to happen in waves, corresponding with teething and right now just so happens to be one of those times. Well, as you can imagine the roads going around the mountain are not too gentle on a sensitive tummy. Luckily, we were prepared and she was already wearing a towel so and once we got her cleaned up and out in the fresh air she was perfectly fine (and the towel managed to salvage her clothes and the car seat). 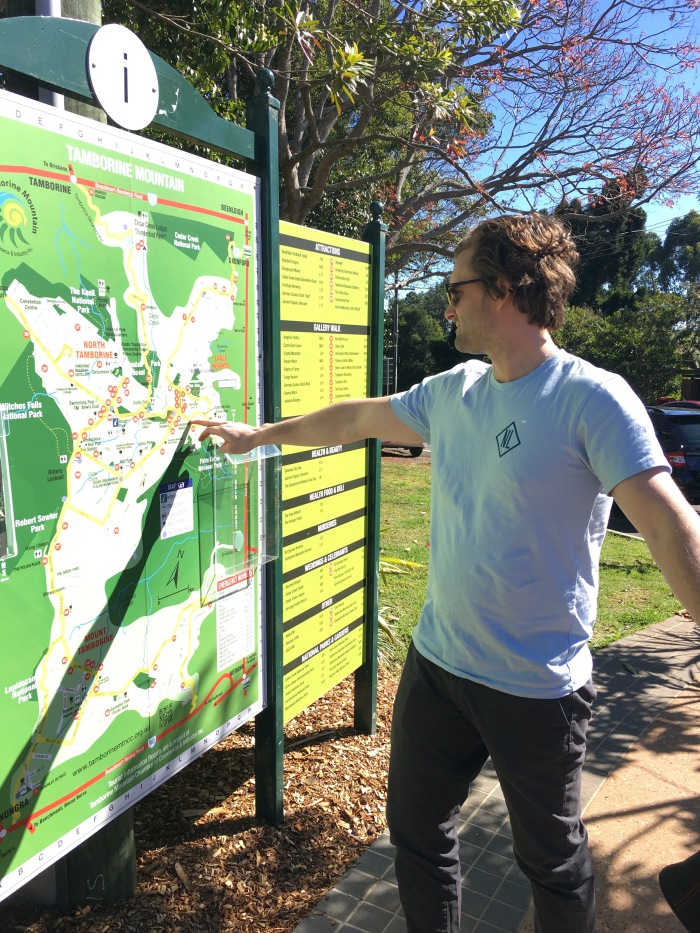 So that was a bit of a rough start to the trip. We started our afternoon on the main Gallery Walk at a coffee shop with a large patio. We always forget the weather is colder up in the mountains, so it was nice to sit in the sun and warm up a bit. We all enjoyed a coffee (and Houston some milk, of course) before going on a walk down the main strip.

After wandering a bit, we headed to Fortitude Brewing Company. The brewery is a huge, mostly outdoor space that includes a full cheese factory and restaurant as well.

My phone was dying at this point, so I don’t have many pictures but we spent the afternoon enjoying the sunshine and live music. There were quite a few other young kids there, so Leighton enjoyed running around and picking flowers with them.

They mostly just have pizzas for lunch at the brewery, so we ordered one and it was delicious. You can also get cheese plates and wine from the cheese shop if you want to go that route. They have a huge glass window where you can watch them making the cheese, which entertained Leighton for a few minutes. Houston mostly snoozed in the Ergo, but woke up for a beverage of his own. Trav has mastered multitasking with a newborn. 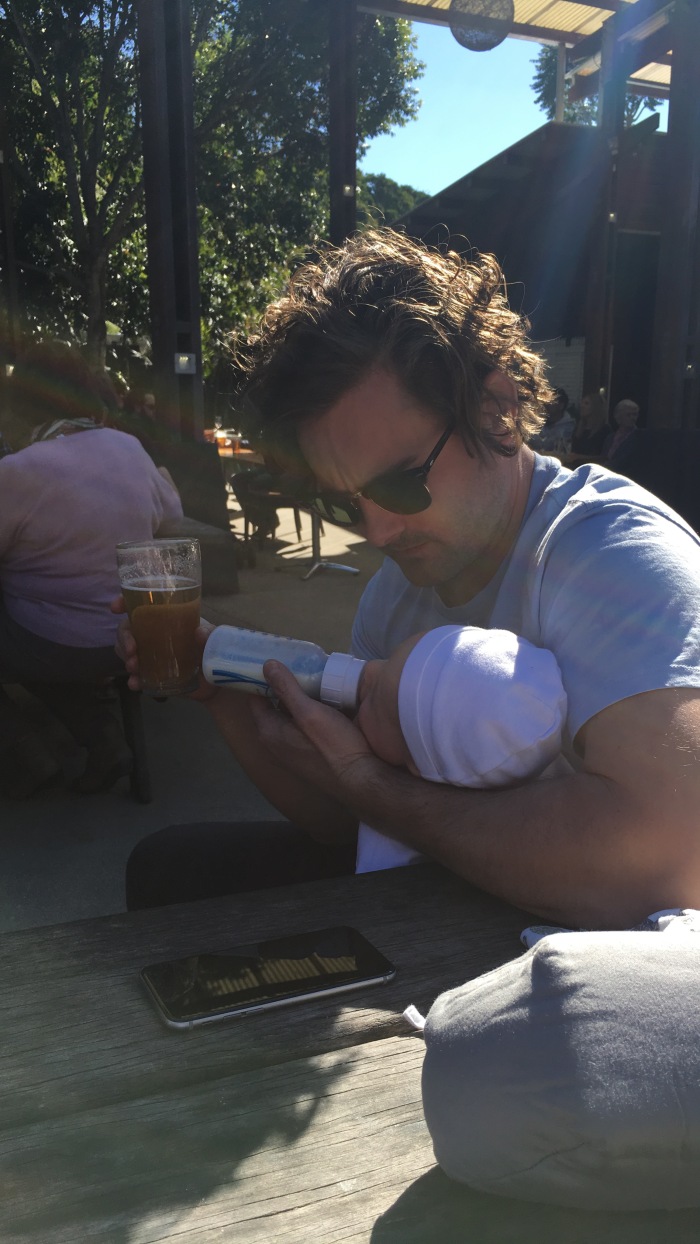 That brings us to this past weekend, which was also our last weekend before we have company again. We took it easy and just took the ferry to the farmer’s market and hung out in the park for a bit afterwards.

Friday was our five year anniversary, so Saturday night one of my friends came over and watched the kids while we went to dinner (Houston was asleep the whole time).

We went to the new location of the steakhouse we celebrated our one year anniversary at, just a few weeks after we moved here. Oh, how times have changed.

My best friend recently stumbled upon an old e-mail from my bachelorette party, where she had Travis answer a bunch of questions and I had to guess what he said. She sent it over to me and I just so happened to see it on the way to dinner, so we had a good time reading them and seeing what things have come true and what answers have changed.

Sunday we had Leighton’s swim lessons. She is doing so well and is actually starting her new two year old class next week. After her lessons we have been heading to get a coffee and play at the park, before hitting up the grocery store for the week and hanging out at the house the rest of the day.

That’s it for this month, hopefully I will be a bit more timely in getting the next update up. This weekend is Leighton’s second birthday and my mother in law and her boyfriend are getting here, so lots of fun on the horizon!

One thought on “Weekends in July”