Hi friends! I haven’t been the best at keeping up with blogging lately, but I thought I would share some pictures from Houston’s first beach trip. I feel like it’s an Aussie right of passage.

We didn’t plan on going to the beach until we woke up Saturday and realized we had no plans. Trav consulted google maps and decided on Maroochydore, mostly because it was a beach we hadn’t been to before. We started loading up the car and realized we forgot to get our beach tent back from our friends who borrowed it. We had already committed though, so we stuck with the plan.

Once we hit the road, we planned to pick up a package on the way but I had read the slip wrong and the place wasn’t open. So it wasn’t exactly the best start to the day. We made it into Maroochydore (on the Sunshine Coast) by 10 and headed out to the beach first thing.

We set up our picnic blanket and Trav took Leighton out into the water, while I fed Houston. It had been a while since she had been in the ocean and she wasn’t so thrilled about the waves. She much preferred to play with her new sand toys. Houston wasn’t crazy about the cold water, but he liked sitting in the sand and was completely covered by the time we left.

The sand also made it easier for him to sit up, so he enjoyed just hanging out. It was pretty windy that day and we were missing our tent quite a bit. Honestly it wasn’t the best beach day, but seeing how much fun Leighton was having made it worth the hassle. 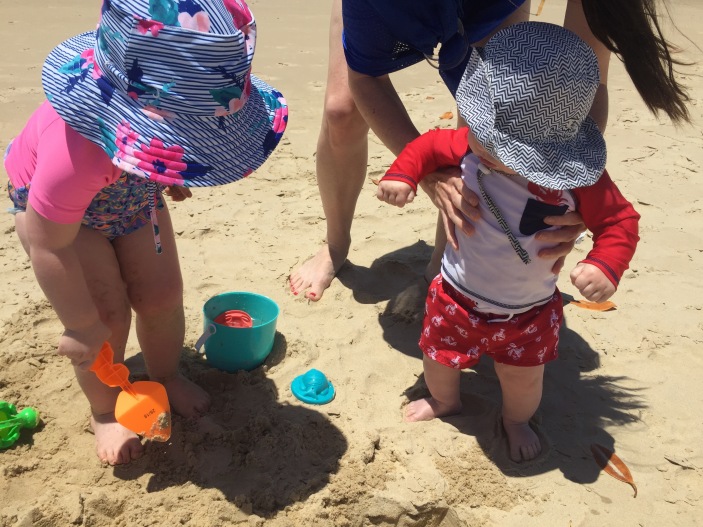 After an hour or so, we decided to go further down to where the river so that Leighton could play in the calm water. I popped Houston into the waterproof sling and he fell asleep pretty quickly while Leighton and Trav splashed around.

Leighton was on cloud nine practicing her swimming strokes. She is getting so comfortable in the water and turning into such a little fish.

She did not want to get out of the water, and lucky for her Houston was out cold and we weren’t about to wake him. After an hour, we were pretty much starving and he started to stir so we headed back to the car. We headed to check out a nearby shopping centre that had one of our favorite burger spots, Betty’s Burgers.

I was famished, so I didn’t want to share my meal with Leighton like usual. So lucky Leighton got to have her own burger for the first time. She was really living her best life that day.

Houston was also in a great mood and wanted to practice his new skill, his very high pitched excited squeal. I am sure the other patrons were loving him. 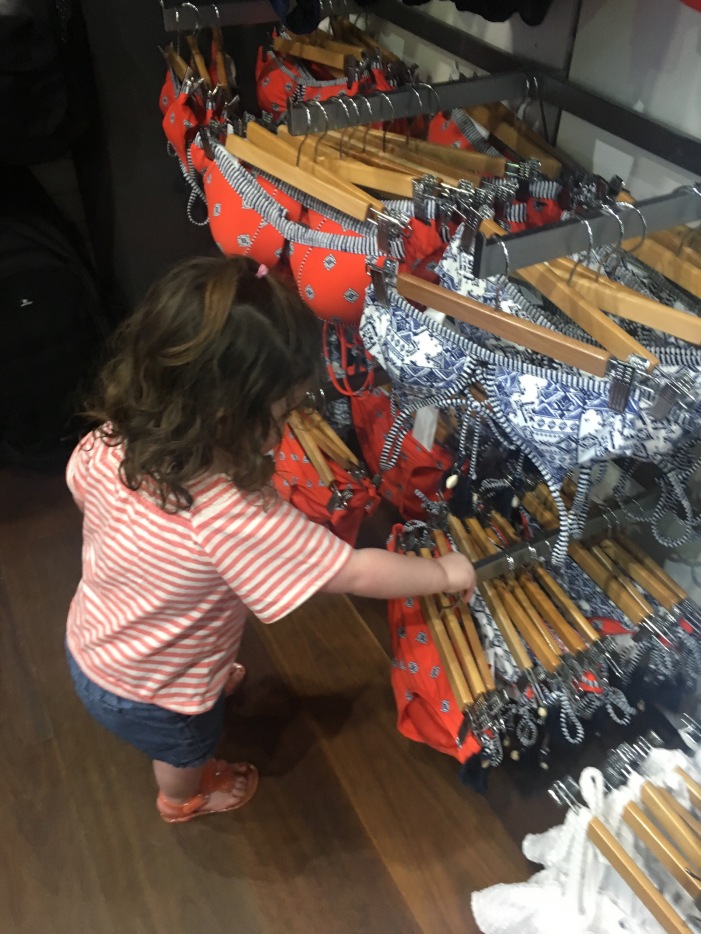 We closed off the afternoon with some shopping (Leighton’s other favorite hobby) before heading back to Brisbane for a low key rest of the day.