All the way back in December (the 25th to be exact), Travis purchased a gift certificate for a photography class for me. Being as I was in Texas for the entire month of January and February went by in the blink of an eye, I finally got to go to my class this past Sunday.

I was a little nervous at first because hanging out for EIGHT hours with people you don’t know is uncomfortable plus there’s the inevitable self doubt and questions of “What if I can’t do it?” and “What if everyone laughs at me because my pictures are dark and blurry?”. Plus the first three hours of the class were in a classroom setting and my short attention span barely gets me through an hour of church on Sunday.

ANYWAY Sunday came around and Travis and I ducked out of church a couple minutes early so that he could drop me off at 11. Wouldn’t you know someone was parked in the MIDDLE of the parking lot, horizontally in front of our car. I am sorry but who does that?!?! This is why we don’t drive. I was about to have a minor panic attack and was contemplating on bursting through the church doors and demanding the driver to reveal him (or her)self when Travis suggested I call an Uber (much more logical suggestion). Luckily, just as I was ordering an uber the driver came out to move their car because apparently we were not the only one she was blocking in. With that set back, I strolled right into the class (a little frazzled) exactly two minutes late, which is pretty close to a standard ETA for me anyway.

They keep the class sizes pretty small and there were five of us in the morning session. Our teacher, Paul, went over the basics and showed us what we would be learning to adjust throughout the class. The class I took was for beginners and the end goal is to be able to take all of your photos on Manual.

After learning all the basics and having a slight information overload, we headed to lunch and then to put all of our new knowledge into practice. Once we were out and about taking pictures in the South Bank Parklands everything we had learned starting making a lot more sense. Our teacher let us go off on our own but also would pull us together to teach us new skills and then assign a task for us to complete. We took pictures for over four hours and got a lot of hands on experience.

There were three key things I learned how to adjust during the class. 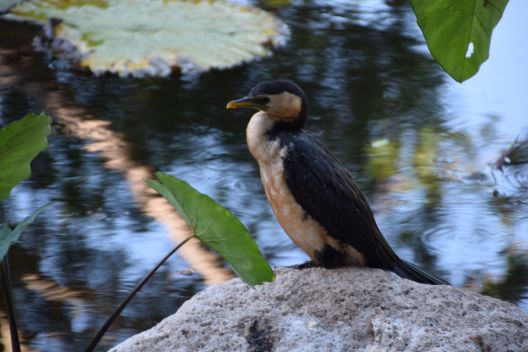 I was also able to capture some of Brisbane’s wildlife in their habit.

They have another course that you can take next that builds on the skills we learned and focuses more on composition. I really enjoyed the class I took, and would be interested (once I practice my newfound skills some more) in checking it out. If you are local you should check out their website here and sign up for a class of your own. 🙂